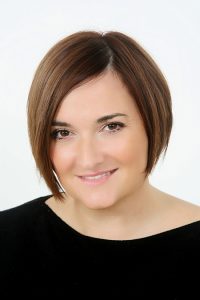 Taught by some of finest creative directors, choreographers and industry professional in the Musical Theatre field Anna continued her studies and was award a 3yr Musical Theatre Scholarship at the prestigious London Studio Centre and Graduated with Honours in 1998.

From an early age gained professional working experience as a child actress and performer and went on to work for names such as Lord Andrew Lloyd Webber and Bill Kenwright in varied working environments from live performances at The Royal Albert Hall (Last Night of the Proms) Dominion Theatre (The Children’s Royal Variety Show) London Palladium and the Covent Garden Opera House to recording at Abbey Road Studios ( CATS & Jesus Christ Superstar – Soundtracks) Warner Bros. (The Secret Garden – Film soundtrack)

Sofianna Zamba is a Cypriot Dancer,teacher and choreographer. She began dancing from a very early age and started her professional training at Bodywork Dance Company in 2012 were she successfully graduated in 2015. During her training she have worked with very famous choreographers such as Gareth Walker, Jodie Blemings, Christina Andrea and many others. Sofianna Zamba was awarded  the “Best Choreographer Award ” from Bodywork Company in 2015. She then moved to Paris and worked  as a Dancer and a Performer. Sofianna is now teaching Contemporary and Commercial Hip Hop at Young Stars. 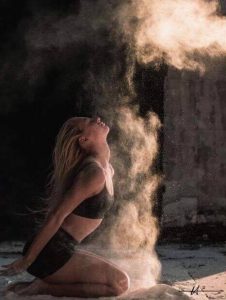 Valeria Drapela is a Paphos based dance and choreography teacher, with particular focus on ballet and contemporary education . With a combined total of 23 years of training with the Royal Academy of Dance in Cyprus and 3 years of Professional dance training in Bielefeld, Germany with the DansArt Studio on stage performance.