Taught by some of finest creative directors, choreographers and industry professional in in the Musical Theatre field Anna continued her studies and was award a 3yr Musical Theatre Scholarship at the prestigious London Studio Centre and Graduated with Honours in 1998.

From an early age gained professional working experience as a child actress and performer and went on to work for names such as Lord Andrew Lloyd Webber and Bill Kenwright in varied working environments from live performances at The Royal Albert Hall (Last Night of the Proms) Dominion Theatre (The Children’s Royal Variety Show) London Palladium and the Covent Garden Opera House to recording at Abbey Road Studios ( CATS & Jesus Christ Superstar – Soundtracks) Warner Bros. (The Secret Garden – Film soundtrack) Anna also worked as a session singer for television and Radio Ads/jingles for products such as Benilyn, Barbie and Murphy’s Bitter whilst teaching part time at Sylvia Young’s and gaining working experience in Sylvia’s Children’s Agency. 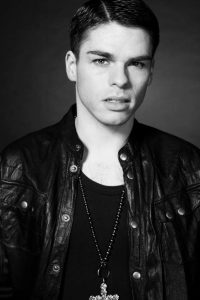 Creative director & choreographer Gareth Walker has made his mark on the world of dance. He is most know for his work for LOCOG on the 2012 closing ceremony for the London Olympics and Paralympics where he was the Associate Director and also directed and choreographed the sell out Steps tour. Gareth has used his experience and years of studying to develop his distinctive style, andexperiment with a variety of genres. Trained in musical theatre as an actor, singer & dancer, it soon became apparent that dance was to become his passion, he graduated from the London Studio Centre where hewith distinction.

Gareth began his professional career when he was cast in the original West End cast of Saturday Night Fever, playing and understudying all of the lead roles. After two years in the West End, Gareth started traveling Europe on tour as a backing dancer for chart topping acts including Pink, Take That, Emma Bunton and Will Young. He performed at some of the countries most prestigious events such as Royal Variety Show, and appeared on TV programmes SMTV, CD:UK, Stars In Their Eyes & Top Of the Pops.

Gareth’s experience led to him becoming one of the UK’s top choreographers. His path started when he was invited to assist Kim Gavin on “Take That’s “The Ultimate Tour,” “Beautiful World” and the “Circus” Tours. From there he was in huge demand and went on to choreograph countless shows including The Brit Awards, Toyota’s World Trade Shows, Trevor Sorbie, and L’Oreal’s 50thAnniversary Celebrations. He was requested to choreograph many artist’s tours including as both Anastacia and The Nolan’s UK & European tours. Gareth’s success and reputation keeps growing as does the demand for him. He show directed Mika’s stadium tour and in 2009 he directed and choreographed the sell out “Here Come The Girls starring Lulu, Anastacia and Chaka Khan. Other Here Come The Girls tours followed featuring the above artists as well as Gloria Gaynor and Heather Small.

Gareth’s choreography has since been seen on the majority of dance performances on major UK TV shows, including: “So You Think You Can Dance” (BBC1), “Don’t Stop Believing” (Channel 5), “The Royal Variety Show” (BBC1), Take That’s Brit Award performance 2011, “Sing If You Can”(ITV) “The National Television Awards” and many more.
Gareth was also the Creative Director and Choreographer for Cyprus’s Junior Eurovision Song Contest entry in Malta in 2016 for Young Stars student George Michaelides.

Gareth currently has two shows this year touring  the UK “Remembering Fred” and “Rip It Up” both of which he directed and choreographed.

Maggie is the Principal of Pinapple Performing Arts and the Artistic Director for all PPAS productions Maggie is also the Director of PARTS theatrical agency. She has been a dance teacher at Pineapple Studios for over 30 years. Maggie has also choreographed numerous commercials, stage shows, pop videos and TV specials.

In addition to all of this she still finds time to be an international adjudicator and judge for a variety of leading dance competitions, where she regularly awards scholarships to attend her school and the Pineapple Performing Arts Summer School courses. Her judging roles include the prestigious International Dance Association, IDA ‘Expressions’ competition which is held annually in Florence, Italy, Maggie is the UK judge joined by internationally famed choreographers from the USA and Europe.

Over the last 5 years Maggie has awarded over 23 scholarships to Young Stars students for Summer school courses in both Musical Theatre and Street dance at the world renown Pineapple Dance Studios in Londons Covent Garden. 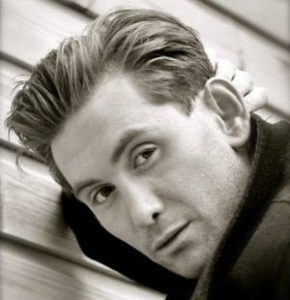 Ryan has worked in every area of the entertainment industry with the biggest creatives in the world, Matthew Bourne, Arlene Philips, Andrew Lloyd Webber, Joel Schumacher, Peter Darling, Richard Marcel to sharing the stage with stars as Kerry Ellis, Idina Menzal, Adam Cooper, Miriam Margolyes, and Adam Garcia. Fast becoming one of the countries most sought after choreographers creating in Theatre, T.V, Film, Live events, Cruise’s, Pop videos, Adverts to teaching at the UK’s top dance colleges and and many dance school nationwide has gained himself extensive knowledge about the needs and wants for the ever changing world of show biz. Most notably known for appearing as a finalist in the top 20 of ‘So You Think You Can Dance’ series 2 and Got to Dance.

Before this he had a flourishing career in London’s West end but not before gaining his first job at 19 in Matthew Bourne’s ‘Swan Lake’ after he was Dance Captain – ‘Grease’ musical UK and European tour choreographed by Arlene Philips, original London cast of ‘Wicked’, ‘Kismet’ for the London Coliseum (English national Opera), Rudy in ‘Cabaret’ (Lyric theatre) choreographed by Javier de Fructos. Featured dancer – Andrew Lloyd Webber’s ‘Phantom of the Opera’ directed by Joel Schumacher.

Ryan has taught at over 200 acadey’s internationally and is currently Head of partner work and Jazz at Stella Mann College, guest teacher/choreographer Urdang, Bird College, Corona, L.I.P.A and Pineapple Performing Arts.  He has also recently taught the kids from the world renown US TV hit show ‘Dance Moms’ for Abbi Lee Miller and ‘Dance Mums’ UK for Jennifer Ellison.